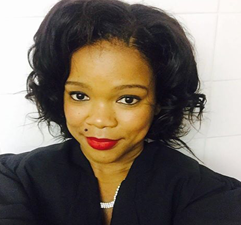 Oko grew up in the Eastern Cape, and obtained her Project Management Degree at Cape Peninsula University  (CPUT).

She is currently busy with her MTech in Project Management and finds eResearch interesting because, as the importance of research capabilities grows, she learns something new every day.

She loves reading and socialising in her free time and going out to meet friends. 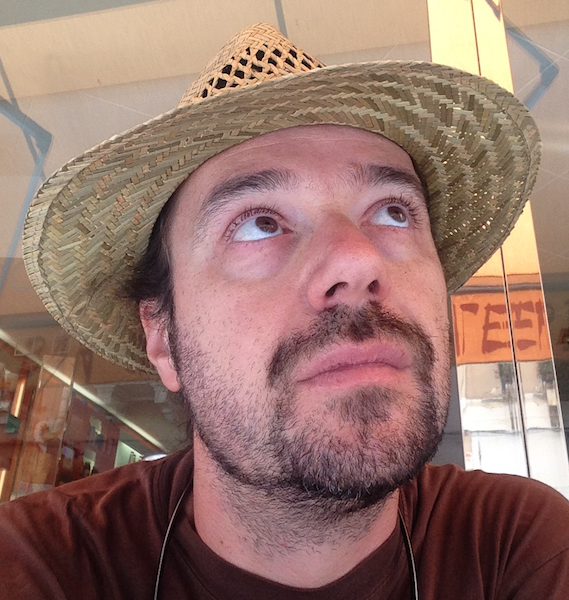 Prof Mattia Vaccari was appointed UWC’s first Director of eResearch in April 2019. His role reports to the Deputy Vice Chancellor for Research and Innovation and is responsible for the leadership and development of an eResearch strategy at UWC in partnership with data intensive research teams across campus.

Born in Italy, Prof Vaccari studied at the University of Padova and completed a MSc in Physics and a PhD in Space Science and Technology. He has since been a Research Fellow at Imperial College London, the University of Padova and UWC, which he first joined in 2011 and where he was most recently a Research Scientist with the Inter-University Institute for Data Intensive Astronomy (IDIA) and the Astrophysics Group. In his research, he uses ground-based as well as space-based telescopes to observe distant galaxies at all wavelengths of the electromagnetic spectrum and thus study their formation and evolution over cosmic time. He is also interested in applying Artificial Intelligence techniques to longstanding problems in observational astrophysics such as source detection and classification.

Prof Vaccari has contributed to the design and developed data processing algorithms for several space satellite astrophysics missions by ESA (European Space Agency) and NASA. In particular, he contributed to the design of the GAIA space astrometry mission and to the development of the ground segment for the Herschel Space Observatory. At IDIA he leads the HELP-IDIA Panchromatic Project (HIPPO), whose aim is to create a cloud-based environment where astronomers can effectively exploit MeerKAT data in the context of multi-wavelength data.

Read more about Prof Vaccari on his web page! 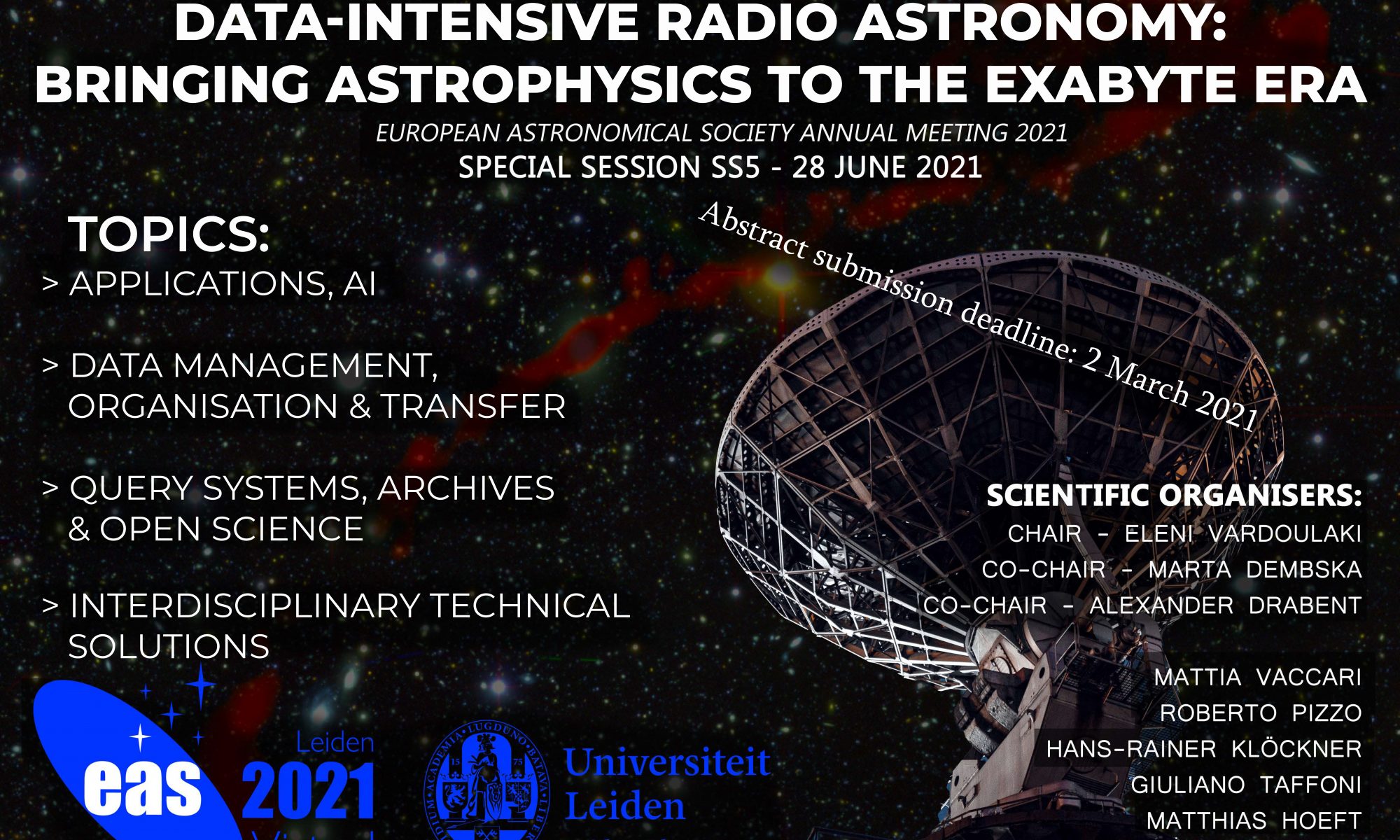 The session will cover the current status and challenges faced by radio astronomy in handling large data volumes, and technical solutions and applications within and outside astronomy.

The aim of the session is to bring together different communities (astrophysics, high-energy physics, research institutes, industry) to discuss current tools and ideas for the future development of data management. The meeting hopes to enhance the broader knowledge base through various approaches to tackling the challenges SKA radio telescopes are facing, now and in the future.

The deadline for abstract submission is 2 March 2021. Researchers can submit abstracts here. The organising group will accept oral and poster presentations. Please also note that the same deadline applies for applications for fee waivers.

SS5 Data-intensive radio astronomy: bringing astrophysics to the exabyte era will be an afternoon session at CET (Central European time) on 28 June. 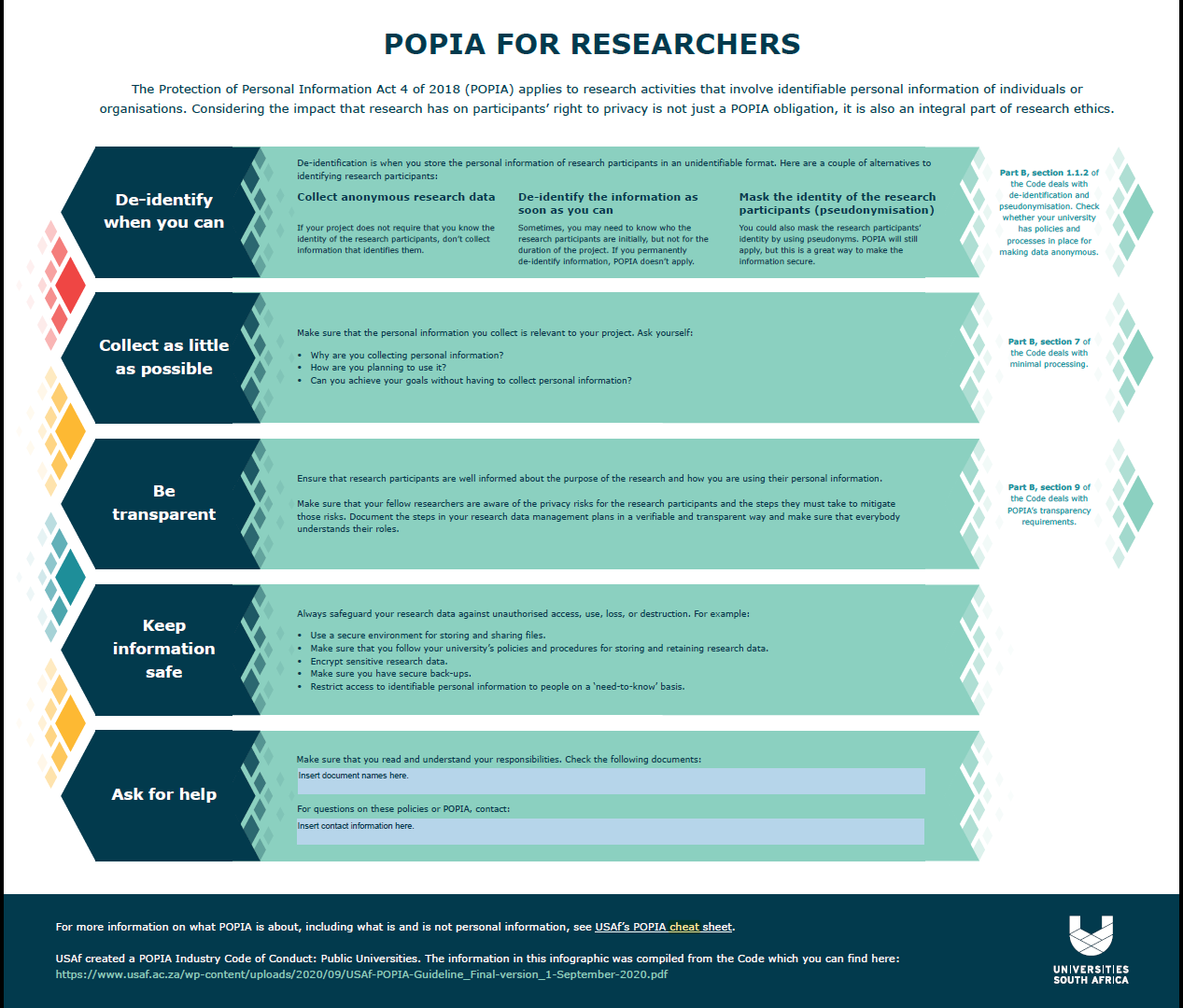 The Protection of Personal Information Act (POPIA) No 4 of 2013 came into force on 1 July 2020, and all public and private bodies that are processing personal information have until 1 July 2021 to ensure that they are compliant with the law. On 22 June 2020, President Ramaphosa made the announcement, which meant that organisations including universities have one year to become compliant.

POPIA is extremely relevant to all researchers as it applies to research activities that involve identifiable personal information of individuals or organisations. Considering the impact that research has on participants’ right to privacy is not just a POPIA obligation, it is also an integral part of research ethics.

There is some uncertainty on the application of the POPIA relevant to research, and some members of the South African research community are seeking further guidance. ASSAf has engaged with scientists and other stakeholders around developing a POPIA Code of  Conduct for Research to ensure certainty, transparency, and clarity in the processing of personal  information for research purposes.

ASSAf is currently inviting the South African scientific community to send lists of issues regarding the processing of personal information for research purposes, or the governance thereof, that the Steering Committee should consider in the POPIA Code of Conduct for Research. In particular, they are looking to receive recommendations as to how the Drafting Committee could address the issues raised. Please send your inputs by 12 February 2021 to Ms Mmaphuthi Mashiachidi (email: mmaphuthi@assaf.org.za).

Visit the interactive site popia.co.za/ for an easily navigable and accessible version of POPIA. 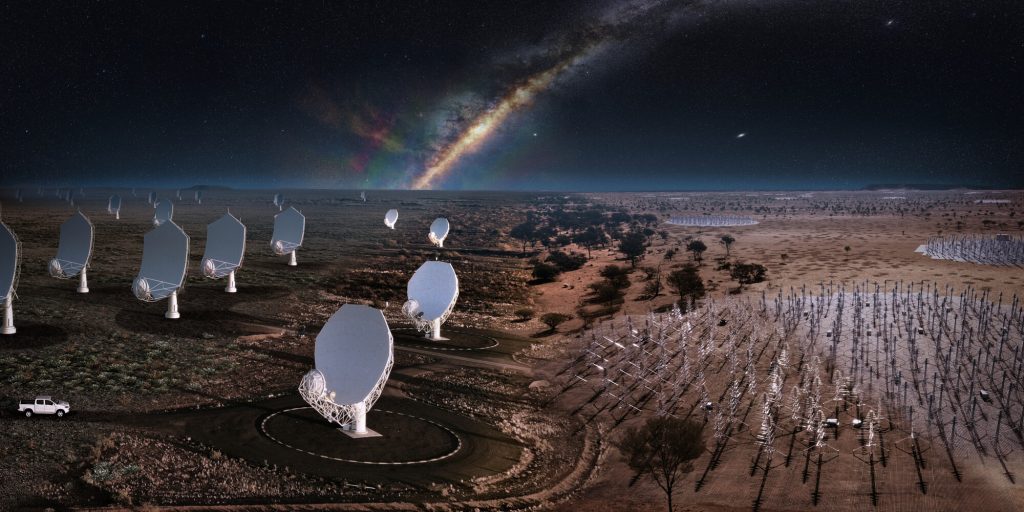 The SKA Observatory (SKAO) is an intergovernmental organisation dedicated to radio astronomy and was launched on 4 February following its first council meeting. SKAO is tasked with “building and operating the two largest and most complex radio telescope networks ever conceived to address fundamental questions about our universe”.

SKAO has headquarters in the UK, and sites in South Africa and Australia. It is the world’s second inter-governmental organisation that is solely dedicated to astronomy, and other members include Italy, the Netherlands and Portugal. Observers include France, Germany, India, Spain and Sweden. SKAO will begin recruitment in Australia and South Africa in the next few months, working alongside local partners CSIRO and SARAO to supervise construction, which is expected to last eight years, with early science opportunities starting in the mid 2020s.

MeerKAT, situated in the Karoo, consists of a 64 dish-shaped antennas. It is an SKA precursor or ‘pathfinder’ telescope, and is the most powerful radio telescope in the southern hemisphere. The MeerKAT antennas, each 13.5 metres in diameter and standing about four stories high, are distributed over 8 km and are connected by buried power lines and optical fibre connections to very fast computers in the underground Karoo Array Processor Building (KAPB) on the Losberg site.

Find out more from SKA and SKA Observatory.

Image: Nighttime composite image of the SKA combining all elements in South Africa and Australia. Credit: SKAO, ICRAR, SARAO / Acknowledgment: The GLEAM view of the centre of the Milky Way, in radio colour. Credit: Natasha Hurley-Walker (Curtin / ICRAR) and the GLEAM Team. 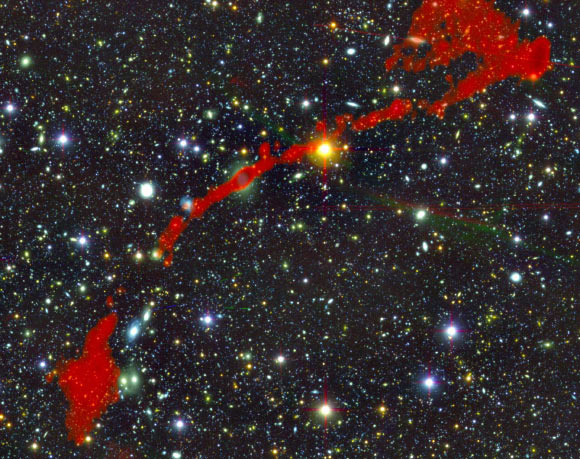 Astronomers from UWC are part of an international team responsible for the remarkable discovery of two giant radio galaxies. These galaxies were spotted in new radio maps of the sky created by the MeerKAT International Gigahertz Tiered Extragalactic Exploration (MIGHTEE) survey. It is one of the largest survey projects underway with South Africa’s impressive MeerKAT radio telescope and serves as a precursor to the Square Kilometre Array (SKA) due to become fully operational in the mid-2020s.

Dr Matthew Prescott, second author on the paper, is a Post-Doctoral Research Fellow with UWC’s Astrophysics Group . Read an interview with him about his work. UWC eResearch Director Prof Mattia Vaccari and several other UWC researchers are also co-authors.

The discovery has made waves in the astronomical community around the world. Read articles from CNN, SciNews, Phys.org and Tech Times to find out more.

Image: The giant radio galaxy MGTC J095959.63+024608.6; in the background is the sky as seen in optical light; overlaid in red is the radio light from the giant radio galaxy, as seen by MeerKAT. Image credit: I. Heywood, University of Oxford / Rhodes University / South African Radio Astronomy Observatory / CC BY 4.0. 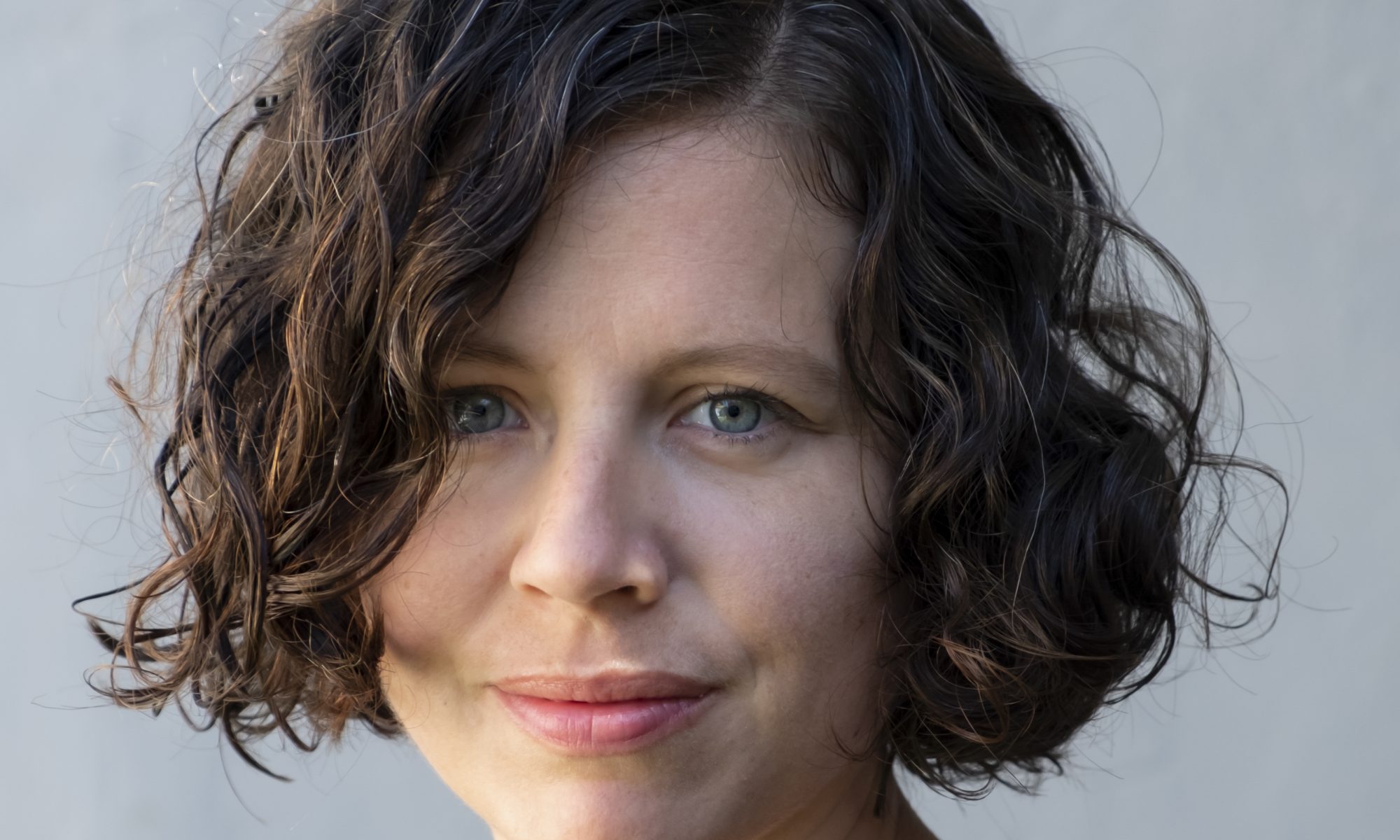 Sarah Schäfer is a Research Data Specialist and Digital Curator, and began working at UWC in 2020. She is based with eResearch and works very closely with the Research Support and Scholarly Communications team at the Library.

Sarah loves that the realm of digital curation draws and benefits from knowledge in diverse areas, and involves more than cursory understandings of archiving and research data – it requires theoretical understanding and practical applications of various aspects, including Open Access, data repositories, data handling, media and formats, metadata and research data management.

Sarah is a founding member of the Network for Digital Humanities in Africa, and is a certified Carpentries Instructor. 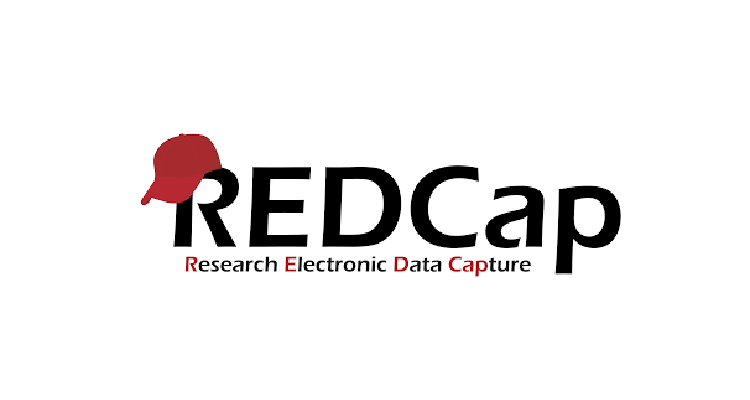 The UWC eResearch Office, in collaboration with ICS and the Library is pleased to announce that UWC is now a partner in the REDCap Consortium, and UWC researchers can benefit from the broad range of data collection functionality that REDCap offers. At its most simple, REDCap is a web-based interface that empowers researchers to take control of their data collection work. Find out more about REDCap here.

REDCap is an application that was originally created in 2004 to support a small group of clinical researchers who needed a secure data collection tool (that met HIPAA compliance standards). The REDCap Consortium was launched in 2006, and today it is used as a secure method of flexible yet robust data collection by thousands of researchers at institutions around the world. REDCap is a neutral data collection platform, able to capture any type of data, for any purpose.

To access REDCap, go to https://redcap.uwc.ac.za/ and use your UWC Network (Novell) login details (i.e. the same ones you would use to access iKamva). 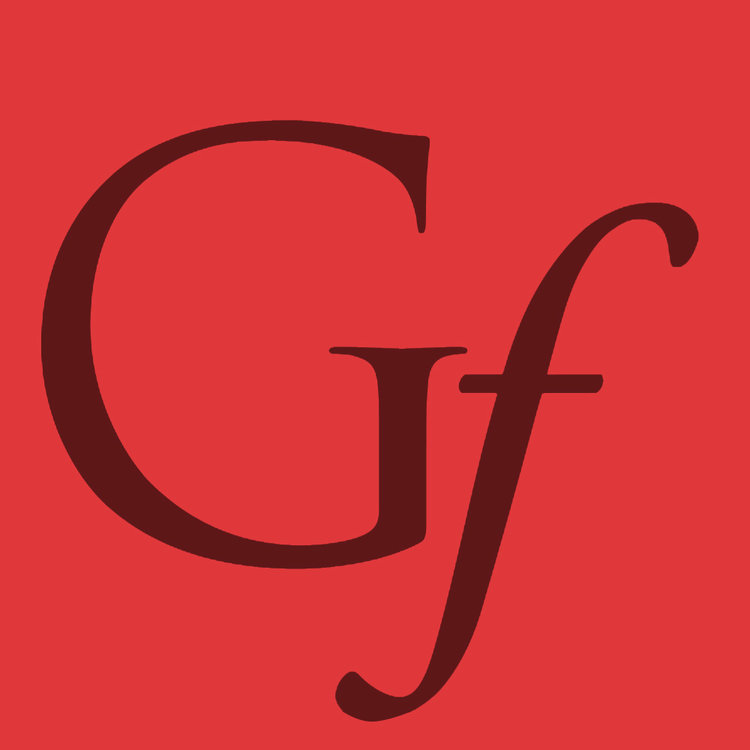 The Bill & Melinda Gates Foundation continues to work with the public and private sectors in the global response to COVID-19.

The International COVID-19 Data Alliance (ICODA) and the Bill & Melinda Gates Foundation’s Grand Challenges initiative, supported by the COVID-19 Therapeutics Accelerator, are announcing an open funding call for research studies to accelerate knowledge of COVID-19 through data science: Grand Challenges ICODA COVID-19 Data Science. Register for an informational workshop to be held on January 7, 2021 (14:00 UTC), and the grant application deadline is January 19, 2021

“We invite you to read summaries of the grants awarded to date through Grand Challenges initiatives with the Gates Foundation as funder or co-funder and to explore an interactive world map of projects across the broader Grand Challenges funding partner network.If you have a great idea for one of the open opportunities, please apply. If you know someone else who has a great idea, please forward this message so they can apply and sign up on our Grand Challenges website for email updates with the latest opportunities. We look forward to receiving innovative ideas from around the world.”

To learn more about the foundation’s broader work and how COVID-19 is being addressed across the foundation, visit the foundation’s website and sign-up for The Optimist newsletter. See videos of the plenary sessions at the 2020 Grand Challenges Annual Meeting, for the first time in virtual format and with a focus on addressing the current pandemic and using partnerships and lessons learned to speed progress across a broad range of global health and development goals. 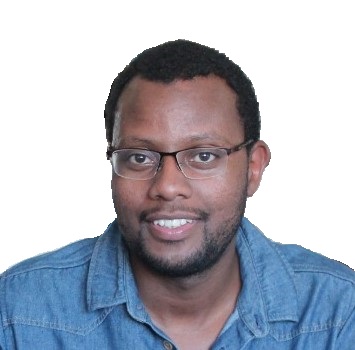 My name is Frederic Isingizwe, I am a research scientist and science communicator, most specifically within the area of modern computational methods to enable carrying out data-driven research efficiently. I have a special interest in the application of data science methods and artificial intelligence in any way that helps improve the quality and sustainability of life in the world.

I was born and grew up in Rwanda, where I got my first degree in Physics. Being an avid learner and intrigued by computer technologies, I opted for a postgraduate program at AIMS south Africa which led to a degree in Mathematical Sciences and later on, an MScEng and PhD in Electronic Engineering from Stellenbosch University, South Africa. While a graduate candidate, I was involved in research on superconductor devices, applied spectroscopy and biosystems modelling, managing a postgraduate research laboratory for biological sensors and nanodevices development. Upon completion, I assumed a role for technical advisory and research support for postgraduate students in sensor-based research projects.

Since then, I was a postdoctoral research fellow under the South African research chair in postharvest technology at Stellenbosch University. While there, I applied machine learning methods on spatial and multi-wavelength spectral data to advance non-destructive techniques for quality testing and control in postharvest production environments.

I have now joined the eResearch Office at UWC as an eResearch Scientist, and my comprehensive role is to help bring its mission to a success.

Some of my work: Google Scholar | Science Communication | Github